Horror Vacui (Latin: nature abhors a vacuum) is a series of paintings, which deals with the permanent and excessive demand of digitalization, globalization and the need to be always accessible. However, I don`t want to visualize the negative side of it, but rather transform these into my personal aesthetics and visual language. Through this act I can extract small portions of poetry out of the overload, pull them up to the surface and create new and mysterious views between cartoon, kitch, fantasy, tattoo and graphic novel – but they are still traditional paintings: oilpaint, varnish on canvas. 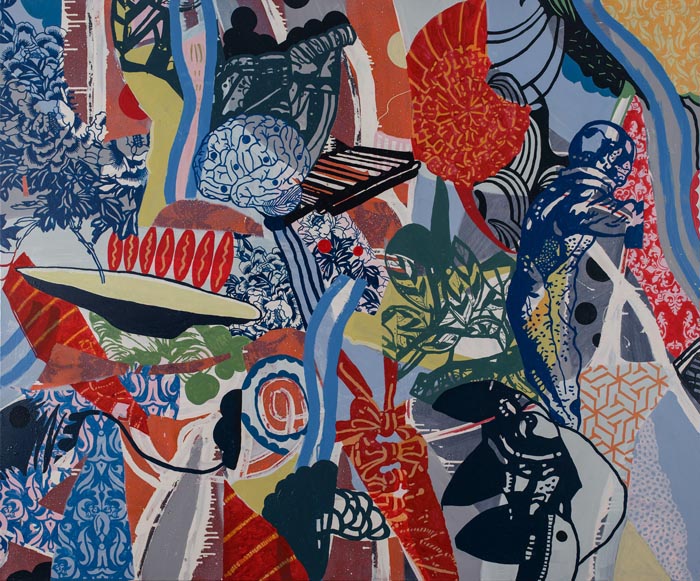 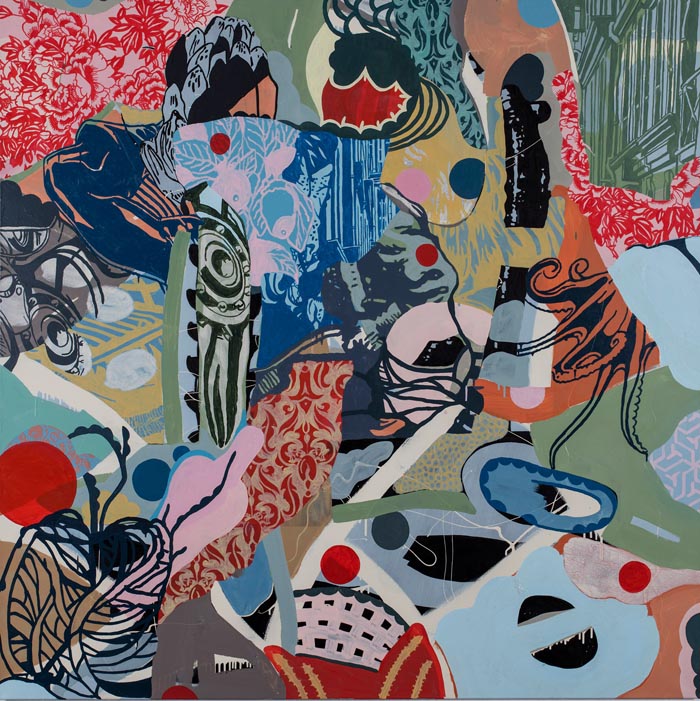 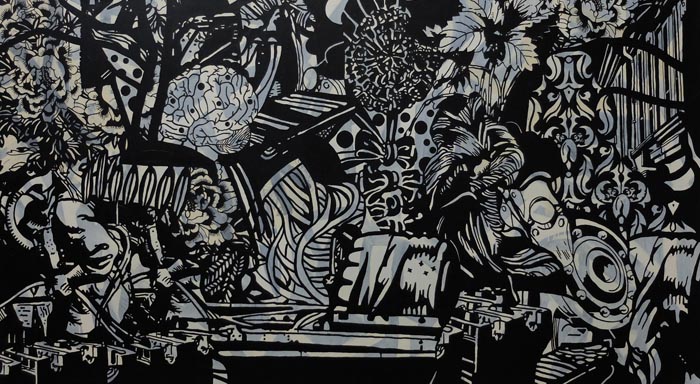 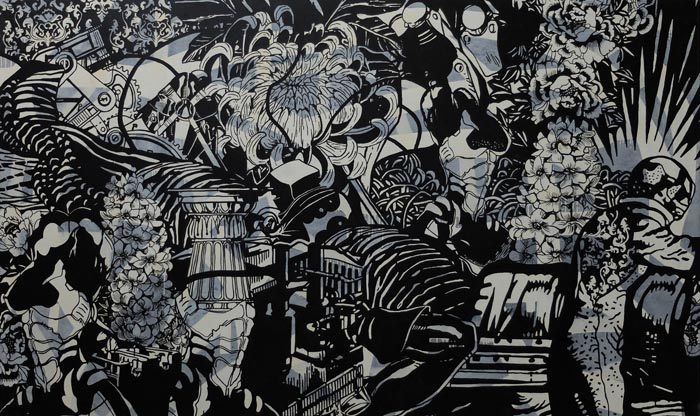 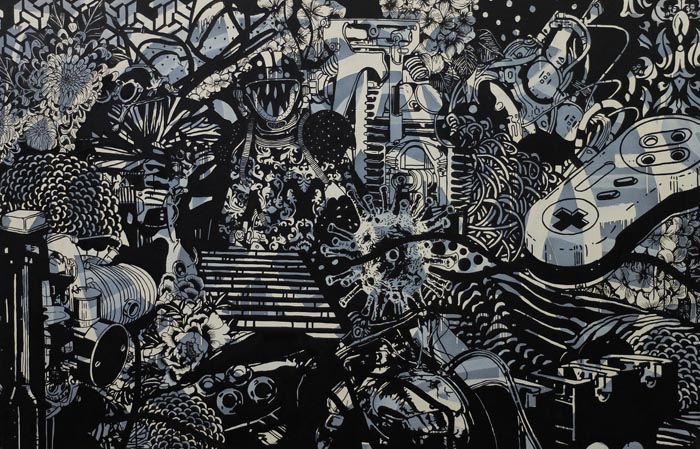 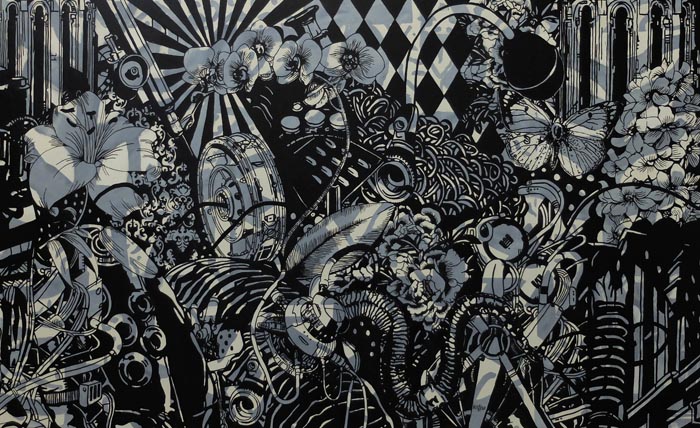 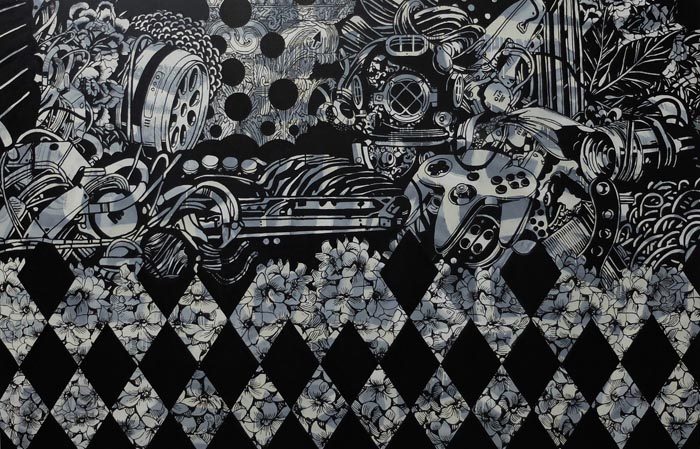 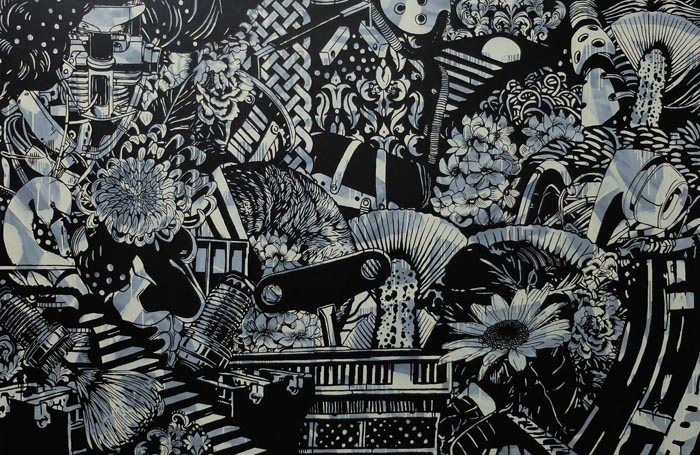